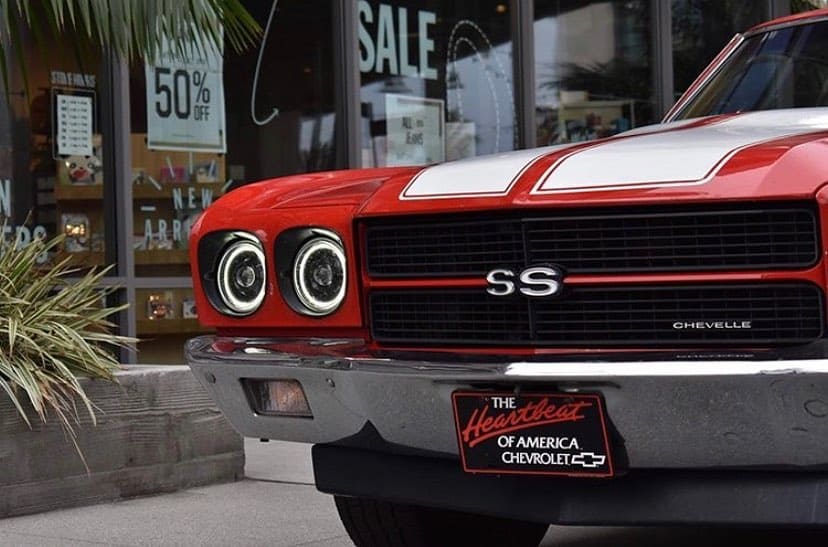 These days, trickle-down technology is basically how everything works. It starts with high-end vehicles and gradually spreads to more affordable vehicles. What about ABS? It began with exotic cars and has since spread to all vehicles. The same may be said with LED lighting. It used to be reserved for the best rides, but today it’s normal. And with a good reason: it just outperforms incandescent lamps. Today’s aftermarket makes it simple to retrofit your historic car with modern LED lighting. In general, today’s cars drive at faster average speeds than in the past, and this means that individuals have less time to respond to the car in front of them. Installing LED lighting in a historic car is, therefore, a great idea.

The bulb-based lights in our oldies aren’t quite as bright as modern LED lights. When you apply the brakes on this 1969 Camaro, only one of the three panels on each side illuminates. This is frequently found to be insufficient in the face of so many distracted drivers. While we’re talking fractions of a second, the newest LEDs light up significantly faster, giving the person in front of you a little more time to react.

Is it possible to install LED lights in older vehicles?

Yes, there are several alternatives for installing modern LED lighting in your classic car thanks to the aftermarket. Summit Racing provided us with this Digi-Tails package for our 1969 Camaro. They have three options: regular (uses factory reverse bulb), RS (all three panels LED and no reverse light), and the one we went with, which has red in all three panels and LED backup lights. Other vendors, such as United Pacific, make lights for various cars, but we went with Summit’s Digi-Tails because they provided the backup light option. These businesses can also upgrade to newer vehicles.

The program will determine how your lights are arranged. The fundamental design will be a circuit board with LED pots, regardless of where you get the LEDs. The lighting will be more consistent if there are more LEDs. Ours included an extra 20 lights for the backup function, while Digi-Tails’ had 96 LEDs per side (32 per panel).

Many firms also provide alternatives for sequential lighting. Yes, the light will turn on and off in sequence, just like a modern automobile, which is quite interesting for turn signals. More than a gimmick, the sequential function is excellent in attracting the attention of a driver behind you who may be texting. There are switches on the Digi-Tail kit that allow you to enable the sequential function if desired. Also, each panel has a clear indication of where it should go in the passenger and driver-side light housings.

Some lights, like those from United Pacific, have LEDs bonded to lenses, while others, like those from Digi-Tails, use the original lens. In any instance, the factory housing will be reused and silver-painted in our case.

While we waited for a new rear harness to arrive (ours was defective), this is how the Digi-Tail boards will appear inside the housing. They provide you the choice of mounting the three panels flat or inclined, as shown. Angled is our preference.

Because your housing was made for bulbs rather than LED panels, it will very certainly need to be trimmed and drilled to accept modern LED technology. To make things easier, Digi-Tails provides a template.

The wiring from the LED boards will be passed via the existing bulb holes in your housing (in this case, a housing from a 1968 Camaro). The LED board’s harness will sometimes just plug into the car’s harness or blub socket. The old bulb sockets are clipped out and the wires are spliced together in other circumstances, such as our Digi-Tail kit.

Why are my LED bulbs not working in my car?

If your historic car’s LEDs aren’t working, it’s most likely due to a resistance issue. LED lighting consumes substantially less energy than traditional incandescent bulbs. A normal blub consumes 2 to 3 amps, whereas a full LED array consumes less than 1 amp. Standard flashers require at least a few amps to function. The flasher will not flash your lights unless it detects that they are drawing certain amps. As a result, you’ll require what are known as “no-load” LED flashers. LED lights are clearly less taxing on your car’s electrical system, but they also produce relatively little heat.

For LED lights, how many flashers will I require?

If you only have LED illumination in the back of your car, you’ll need to replace the turn signal flasher (usually under the dash near the column). If your vehicle has LED lights in both the front and rear, no-load LED versions of the turn signal and hazard flashers will be used.

What Is The Best Way To Install A No-Load LED Flasher?

They are usually just plugins, but they do have their own indexing and polarity. This means that one terminal (usually designated with a B or X) has constant voltage flowing in, while the other terminal has voltage going out to the lights (typically marked with an L). Some LED flashers feature a wire that connects to the vehicle. Using a multimeter on each plug terminal, you can determine which is which. The B or X labeled terminal on the flasher should be connected to the terminal that has a steady 12-volt or illuminates the test light.

Is it possible to replace your front turn signals and driving lights with LEDs?

Yes, firms like Digi-Tails make LED panels for many popular cars’ front turn signals and driving lights. This is the LED panel that goes inside our 1969 Camaro’s front turn signal housing. LED units can also be used to simply replace the bulb in your light.

Can I Replace My Classic Car’s Headlights?

Yes, and it’s a fantastic concept, given how bad old-school headlights are in comparison to their modern counterparts. LED and halogen lighting are simple to install and generally plug straight in. Detroit Speed used to sell these Bright Driver headlights, but it appears that they are no longer available. But have no fear. If you like the aesthetic, Google “Truck-Lite 27004” and you’ll get them for just over $100 for both. They are conventional 7-inch buckets, but you may need to adjust them and, of course, plug them in. There are many LED and halogen headlamp solutions available, so look into firms like United Pacific and others for inspiration.

Is it possible to replace the standard dome light and side marker light bulbs with LEDs?

Yes, almost every bulb in your vehicle can be converted to LED. Direct replacement LED units and any necessary parts are available from Digi-Tails and United Pacific, as well as places like Summit Racing. The Digi-Tails components simply slotted into the holes where the bulbs for our side marker lights had been removed.

Are there LED options for our classic cars that are simple to install?

Yes, we replaced the taillights on our 1971 Chevelle (same lights as a similar year El Camino) and found the United Pacific LED taillight kit to be about as simple as it gets. The OEM red lens had to be removed first.

A driving light bulb and a brake light bulb were both presents. Both bulbs were removed, and the sockets were cleaned.

The United Pacific package includes LED boards that are mated (and weather-sealed) to new lenses that are optimized for the new LEDs, rather than a board that fits behind the factory lens. On the left is the United Pacific LED lens.

No splicing, no cutting, no fuss. We simply inserted the bulb into the factory socket. We were finished after four screws.

The lights were a significant upgrade over the factory blubs, and the new lenses made the brake and driving lights much brighter. Going LED is a great idea for cars with compact taillight assemblies, like our wagon.

To get everything working properly, we had to add a no-load LED flasher to the mix, just like the Digi-Tail kit. LED taillights are an excellent investment that will aid in the fight against individuals ramming into the back of your classic car. There’s no fancy sequential option, but for less than $100, this update is a no-brainer.

Are LED Light Upgrades For My Classic Car A Good Idea?

link to Can You Drive A Restomod Daily?

Classic never goes out of style. That’s why driving a classic, American car gives you such a special feeling. It’s tough to put into words because it represents so much more than just a car. It...

Continue Reading
link to What Is A Restomod - A Definitive Guide

The concept of restomod has been around for nearly as long as cars themselves. The classic hot-rod combo of a Mustang steering rack, Chevy small block, and Ford rear end is just one example...