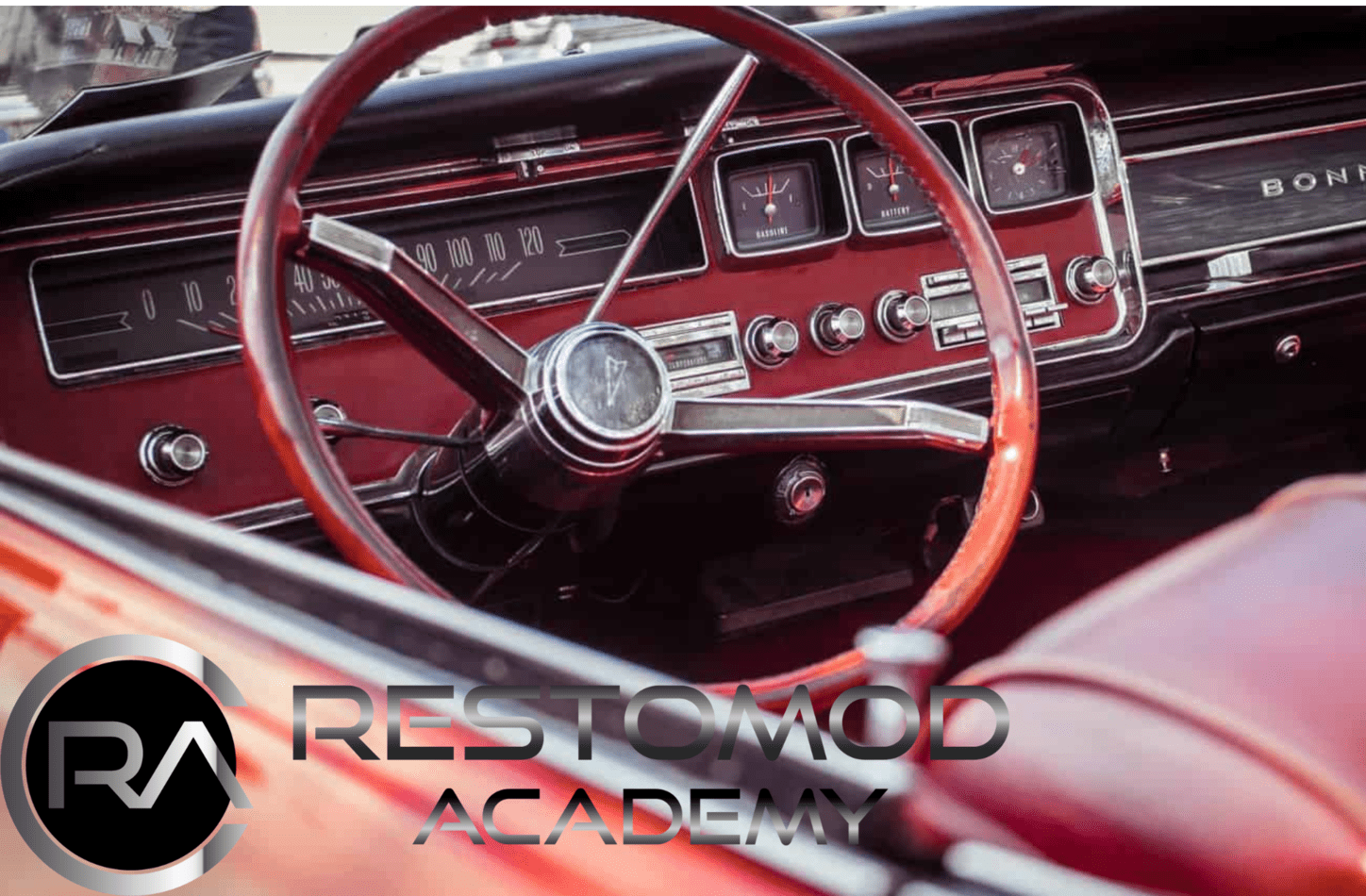 It’s every gearhead’s dream to find a rusting piece of old Detroit iron, pay a few hundred bucks, and drive it home. Then you spend a year or two stripping it down to the frame, checking every nut and bolt, and making it better than when it left the factory 50 years ago. These are 11 Classic Muscle Cars That Are A Blast to Restore.

You and your friends will spend the first afternoon trying to extricate the wheels and rockers from the mud Carter left behind.

Then it will probably sit on a shelf in the garage while you figure out how much money to set aside from each paycheck. If you bought it east of Houston or north of Kansas City, you’ll probably need a plasma cutter or a cheap body shop. It’s many.

If you have a strong frame and engine, you can get your relic on the road quickly, budget permitting. These stories will help you relive automobile history. 11 Classic Muscle Cars That Are Fun to Restore

First, the champion. The Mustang introduced pony cars in the 1960s and drove the muscle car arms race. Ford sold 2.5 million in the first five years, thus many survive.

A classic Mustang project is a terrific way to get into restoration with that type of parts support. Moreover, there is a bookshelf worth of how-to books and innumerable internet forums about how to rebuild them.

The Mustang is unquestionably a legend. But keep in mind that the Chevy against Ford rivalry isn’t going away anytime soon. The first-generation Camaro is the pony car for folks who won’t drive anything without a Bowtie logo on the grille. Dynacorn offers full bodywork for the first three model years, just like the Mustang, and Camaro Central.

It sells complete interiors in ’60s-inspired colors including turquoise, orange, and gold. The Camaro is one of the easiest classic muscle vehicles to construct any way you want it. Moreover, this is due to the abundance of small-block Chevy V8s available on Craigslist around the country.

Between 1968 and 1972, Chevrolet sold almost one million A-body Chevelles, approximately 100,000 of which were fast SS variants. About a fourth of them came with the large block 454 V8. Every Chevelle on display at your local car show these days appears to be an SS 454. In addition, it likely has the classic “Cowl Induction” bulged hood.

For decades, the A-powerful Body’s appearance has made it a customizer’s dream. And, as a result, parts for these cars and projects have never been hard to come by. Admittedly, we’d rather see a unique restoration or a creative build than another red over black, racing stripes big-block clone. But because it’s your repair endeavor, have fun with it.

The E-Body automobiles had one goal in mind: to put the company’s largest engines under the hood. The result was the incredible Dodge Challenger and Plymouth Barracuda with Hemi engines. The Challenger has a slightly larger wheelbase than the Mustang, but mechanically the two cars are fairly identical. And, firms like Year One can provide all but the most unusual parts for your repair. In fact, you may not have an all-original, million-dollar Hemi ‘Cuda in your garage. However, you can get pretty close to your project car.

The Plymouth Satellite/Road Runner and the more pedestrian Coronet shared the same Mopar “B-Body” as Dodge’s midsize muscle vehicle. In 1968, Dodge introduced the Super Bee (get it?) as a no-nonsense bruiser with three Big V8 engines, a heavy-duty suspension, and not much else.

The 1970 model, with its “bumble bee wings” split grille and too-cool cartoon decorations, is the most attractive of the ‘Bees. Almost every part you need’s likely remanufactured. If you’re looking for one, like the GTO, be wary of clones.

Midsize muscle cars dominated the American performance scene by the second part of the 1960s. However, that didn’t stop The Massive Three from getting considerable performance out of their big cars. Mid-decade, the Impala was America’s best-selling automobile. It was also available in SuperSport grade with the 427 cubic inches L72 engine, which produced 425 horsepower.

The Impala SS is great for gearheads who desire 1960s-era muscle with a touch more comfort than smaller cars can provide. The enormous cars, are easily converted into whatever you want, thanks to simple mechanicals. And, a plentiful supply of fresh parts, and a variety of customization possibilities.

The first-generation Firebird’s eclipsed by the Chevy Camaro, which shares its basis. The Firebird, on the other hand, appeals to us because of its tremendous proportions, modest style, and typical Pontiac power.

The Firebird offered something for everyone, with everything from Pontiac’s pioneering overhead-cam straight six to a monstrous 400 cubic inch V8. They’re a tad less common today than Camaros of the same era, but surviving cars offer nearly endless potential thanks to strong aftermarket support.

The Dodge Charger is one of the most renowned muscle vehicles ever made, and surviving models are highly coveted decades after hundreds were wrecked filming “The Dukes of Hazzard.” However, even if you come across a wrecked General Lee, odds are you’ll be able to repair it. Everything from the smallest engine label to entire bodywork’s still being manufactured, ensuring that there will be plenty of Chargers on the road (or in collectors) for years to come.

The Nova was a huge hit for Chevy once updated in 1968. It’s easy to understand why: it was a muscular, good-looking compact car, regardless of what was under the hood. The 396 cubic-inch big-block V8, which produced an astounding 375 horsepower, was also available in top SS trim. While it may not be as glamorous as a Camaro or Chevelle, Nova’s no-nonsense attitude has undeniable appeal. Almost any part may now be found pretty easily from a variety of sources.

The Gran Sport was Buick’s entrance into the muscle car genre, based on the Skylark. It’s promoted as “The Gentleman’s Hot Rod,” even though it wasn’t as popular as A-Body platform-mates like the Chevy Chevelle, Oldsmobile 4-4-2, and Pontiac GTO. The inside was spacious, but purchasers could opt for the 455 cubic inch V8 with the Stage 1 package under the hood.

Until the release of the second-generation Dodge Viper in 2003, the GSX (the hottest Gran Sport) possessed the highest torque of any American production car, with 360 horsepower and an astonishing 510 pound-feet. Few were made, but with a thriving aftermarket, you may easily bring one back to life.

The muscle automobile was nearly extinct by the late 1970s. The Pontiac Firebird was the one exception. The Firebird was still a beast, even though Ford and Chrysler had almost abandoned performance, and even the Chevy Camaro had been neutered (the two shared a base).

The second-generation automobiles were produced from 1970 to 1981. However, due to its starring role in Smokey and the Bandit, the value of 1976-77 cars has risen in recent years. A later second-gen Firebird is a terrific way to start into classic vehicles if you want a too-cool late-’70s attitude and a big block V8 to play with. They’re also pretty easy to maintain due to the abundance of parts.

Start looking for these 11 American icons on Elite Restomods if you’ve always coveted a classic car and don’t mind getting your hands filthy.